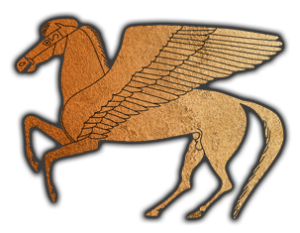 Lucky to have found Iyengar's Light on Yoga before she turned 20, Peggy has continued to study the Iyengar method wherever she has lived since that discovery (Massachusetts, Canada, Texas, India, Mexico). She was one of the original board members of the Iyengar Yoga National Association of the US in 1990. She continues to serve the associations in both the US and Mexico as an assessor in the education process. She has travelled to the Ramamani Iyengar Yoga Institute in Pune, India, multiple times to study, first with B.K.S. Iyengar, then with Geeta and Prashant Iyengar, and now with Abhijata Iyengar.

She has taught Iyengar Yoga in Austin for decades, and directs Austin Iyengar Yoga, a nonprofit entity that grants scholarships to students for studies. She operated a yoga studio in Austin for 15 years and now teaches in other studios and her home studio. She has also taught in Mexico, Canada, Central America and Europe.

Her Ayurveda studies were inspired by Geeta Iyengar's teaching in Pune, India. In the late 90's Peggy met Swamini Maya Ma (formerly Bri. Maya Tiwari) and studied Ayurveda with her at the Wise Earth School in North Carolina. She has also studied with David Frawley, and in 2005 completed the course with the American Institute of Ayurveda, leading to her certification as a practitioner (CAP). In 2012 her book Physical Poetry: Uniting Yoga and Ayurveda was published by Durga Press in Austin.

In her academic life, she studied marine biology, literature, pedagogy, and law. For over twenty years she taught yoga, composition, and literature, (at the University of Texas and Austin Community College). After teaching, she maintained a solo practice of family and criminal law for many years. She was a public defender in Travis County and worked with the Women’s Advocacy Project.  Today she still maintains a small law practice helping people with end of life estate planning. She is a volunteer with the Dharmata Sangha project, bringing yoga and meditation to women in the Texas State Prison system. Throughout the years of schooling, she maintained yoga teaching and studies, beginning in Massachusetts, continuing in Canada, and now in Texas.

Peggy plans to use her next decade to share Iyengar Yoga, Ayurveda, and environmental awareness as broadly as possible. She views these disciplines as ways for all of us to reconnect our bodies, minds and spirits with the planet earth and with its seasons and elements. Her specialty is customizing yoga practice for the individual and tailoring the use of herbs and techniques for creating daily and seasonal balance. She loves working with all ages, but particularly with the over 50 crowd.